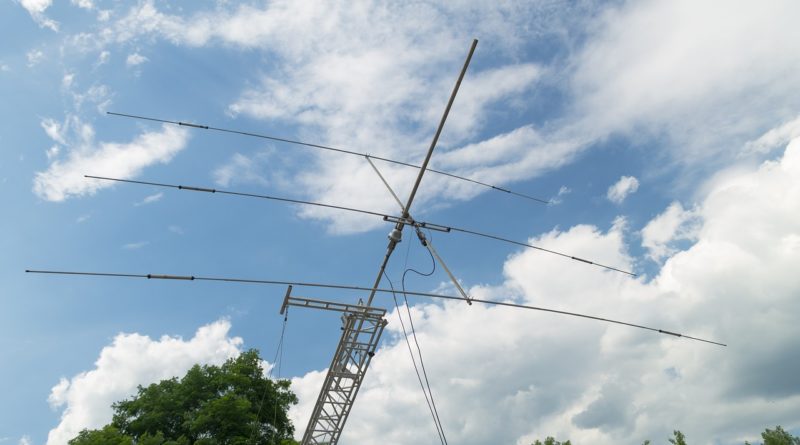 I. OBJECTIVE: For amateurs around the world to contact other amateurs in as many zones and countries as possible.

III. TYPE OF COMPETITION (choose only one): For all categories: All entrants must operate within the limits of their chosen category when performing any activity that could impact their submitted score. All high power categories must not exceed 1500 watts total output power on any band.
Transmitters and receivers must be located within a 500 meter diameter circle or within the property limits of the sta- tion licenseeís address, whichever is greater. All antennas used by the entrant must be physically connected by wires to the transmitters and receivers used by the entrant. Only the entrantís callsign can be used to aid the entrantís score. A different callsign must be used for each CQ WW entry.

A. Single Operator Categories: Single band or all band; only one signal allowed at any one time; the operator may change bands at any time.
1. Single Operator High: Those stations at which one person performs all of the operating, logging, and spotting functions. The use of DX alerting assistance of any kind places the station in the Single Operator Assisted category.
2. Single Operator Low: Same as III A 1 except that the output power shall not exceed 100 watts (see rule XI.11).
3. QRPp: Same as III A 1, except that the power output must not exceed 5 watts (see rule XI.11).
B. Single Operator with DX Spotting Net: Same as III A 1 except the passive self- spotting not allowed) use of DX spoting nets is allowed.
C. Multi-Operator (all band operation nly):
1. Single Transmitter ( MS): Only one ransmitter and one band permitted durng any 10-minute period, defined as starting with the first logged QSO on a band. Exception: One-and only one-other band may be used during any 10-minute period ifóand only ifóthe station worked is a new multiplier. Logs found in violation of the 10-minute rule will automatically be reclassified as M2.
2. Two Transmitter (M2):A maximum of two transmitted signals at any time on different bands.Both transmitters may work any and all stations.A station may only be worked once per band regardless of which transmitter is used.Each of the two transmitters used must keep a separate chronological log for the entire contest period, or if electronic logging is used, the electronic log submittal (Cabrillo) must indicate which transmitter made each QSO.Each transmitter may make a maximum of 8 band changes in any clock hour (00 through 59 minutes).
3. Multi-Transmitter (MM): No limit to transmitters, but only one signal and run- ning station allowed per band.
D. Team Contesting: A team consists of any five radio amateurs operating in the single operator category. A person may be on only one team per mode. Competing on a team will not prevent any team member from submitting his/her personal score for a radio club. A team score will be the sum of all the team member scores. SSB and CW teams are totally separate. That is, a member of an SSB team may be on a totally different CW team. A list of a teamís members must be received at CQ Headquarters by the time the contest begins. E-mail to <teams@cqww.com>, or mail or fax the list to CQ, Att: Team Contest, 25 Newbridge Road, Hicksville, NY 11801 U.S.A.; fax 516-681-2926. Awards will be given to the top teams on each mode.

VIII. AWARDS: First-place certificates will be awarded in each category listed under Sec.III in every participating country and in each call area of the United States, Canada, European Russia, Spain, and Japan.
All scores will be published. To be eligible for an award, a Single Operator station must show a minimum of 12 hours of operation. Multi-operator stations must operate a minimum of 24 hours. A single-band log is eligible for a single-band award only. If a log contains more than one band it will be judged as an all-band entry, unless specified otherwise.
In countries or sections where the returns justify, 2nd and 3rd place awards will be made.
All certificates/plaques will be issued to the licensee of the station used.

IX. TROPHIES AND PLAQUES: Plaques and trophies are awarded for top performance in a number of categories. They are sponsored by individuals and organizations. For a current list of plaques and sponsors, or to learn how to become a sponsor, see the CQ website: <http://www.cq-amateur-radio.com/ cqwwhome.html>. A station winning a World trophy will not be considered for a sub-area award; the trophy will be awarded to the runner-up in that area. There is a trophy iSpecial Single Operator, World All Band, Under 21 Years Old.î If you qualify to compete for that tro- phy, please specify that, stating your age, in the comments section on the summa- ry sheet.

X. CLUB COMPETITION:
1. The club must be a local group and not a national organization.
2. Participation is limited to members operating within a local geographic area defined as within a 275 km radius from center of club area (except for DXpeditions specially organized for operation in the contest; club contributions of DXpedition scores are percentaged to the number of club members on the DXpedition).
3. To be listed, a minimum of 3 logs must be received from a club, and an officer of the club must submit a list of participating members and their scores, both on phone and CW. 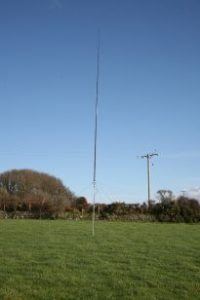 XI. LOG INSTRUCTIONS:
1. All times must be in GMT.
2. All sent and received exchanges are to be logged.
3. Indicate zone and country multiplier only the FIRST TIME it is worked on each band.
4. We want your electronic log. The Committee requires an electronic log for any possible high-scoring log. By submitting a log to the CQ WW Contest, the entrant agrees to have the log open to the public. If possible, we would appreciate complete frequencies in the log.
E-MAIL Required Content: Please submit your log in the Cabrillo file format created by all major logging programs. Be sure to put the STATION CALLSIGN and the MODE in the iSubject:î line of each message. Your software may automatically encode your log as an attachment. Your e-mail log will automatically be acknowledged by the server. You will also receive a personal access code from the server at a later time. Submit your CQ WW SSB log to <ssb@cqww.com> and your CQ WW CW log to <cw@cqww.com>.
5. For paper logs, use a separate sheet for each band.
6. Each paper log entry mustbe accompanied by a summary sheet showing all scoring information, category of competi- tion, and contestantís name and address in BLOCK LETTERS. Electronic submission implies a signed declaration that all contest rules and regulations for amateur radio in the country of operation have been observed.
7. Sample log and summary sheets and zone maps are available from CQ. A large, self-addressed envelope with sufficient postage or IRCs must accompany your request. If official forms are not available, make up your own, 80 contacts to the 1 page on 8 /2″ • 11″ paper.
8. All paper log entrants are required to submit cross-check sheets (an alphabetical list of calls worked) for each band on which 200 or more QSOs were made.
9. Bad QSO: The bad QSO is removed and a penalty of three more equivalent QSOs is applied to the points only.
10. QRPp and Low Power stations must indicate their category on their sum- mary sheets and state the actual maxi- mum power output used, with a signed declaration.

XII. DISQUALIFICATION: Violation of amateur radio regulations in the country of the contestant, or the rules of the contest; unsportsmanlike conduct; taking credit for excessive unverifiable QSOs or unverifiable multipliers will be deemed sufficient cause for disqualification. In- correctly logged calls will be counted as unverifiable contacts.
An entrant whose log is deemed by the Contest Committee to contain a large number of discrepancies may be disqualified from eligibility for an award, both as a participant operator or station, for one year. If an operator is disqualified a second time within five years, he/she will be ineligible for any CQ contest awards for three years.
The use by an entrant of any non-amateur means such as telephones, telegrams, internet, or the use of packet to SOLICIT contacts during the contest is unsportsmanlike and the entry is subject to disqualification. Action and decisions of the CQ WW Contest Committee are official and final.

XIII. DEADLINE:
1. All entries must be postmarked NO LATER than December 1, 2007 for the SSB section and January 15, 2008 for the CW section. Indicate SSB or CW on the envelope and/or disk.
2. An extension of up to one month may be given if requested by e-mail (questions @cqww.com). The granted extension must be confirmed by the Contest Director, must state a legitimate reason, and the request must be received before the log mailing deadline. Logs postmarked after the extension deadline may be listed in the results but will be declared ineligible for an award.
Both Phone and CW mailed logs should be sent to CQ Magazine, 25 Newbridge Road, Suite 309, Hicksville, NY 11801. Please mark SSB or CW on the envelope. 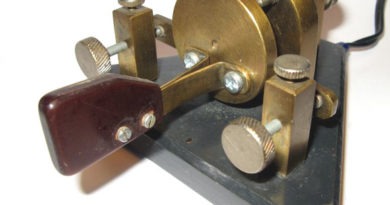 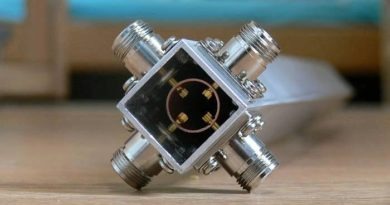 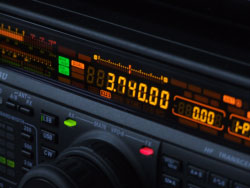